It’s definitely March, when temperatures oscillate between below-freezing lows and early-summer type highs. We had a couple of nights below freezing this past week AND two days with a high of 81. How’s that for crazy? After a unseasonably cold February (coldest in the past three years since I’ve been keeping records), spring is around the corner. I actually got outside and did some flower planting, some harvesting, and made my big spring garden center trip.

I finally received the remainder of my emergency seed order this past week, so I need to hop to it and replant most of my peppers and some of my tomatoes. I’m going to try something different this time, and I’ll share that with you later…maybe next week? Otherwise, the seedlings I do have are holding their own. I think, for most of them, it’s time to start fertilizing them.

On Friday, my Garden Wilson and I headed off to the Lowes garden center to buy cypress mulch to top dress around my raised beds and around my trees plus some marble rocks to top dress my fire pit. I also got some top soil, manure compost, and sand for a new shade garden I’m planning. (I’ll share that with you later, as well.) Of course, there was so much, we had to make two trips – even with a trailer (because of the weight)! 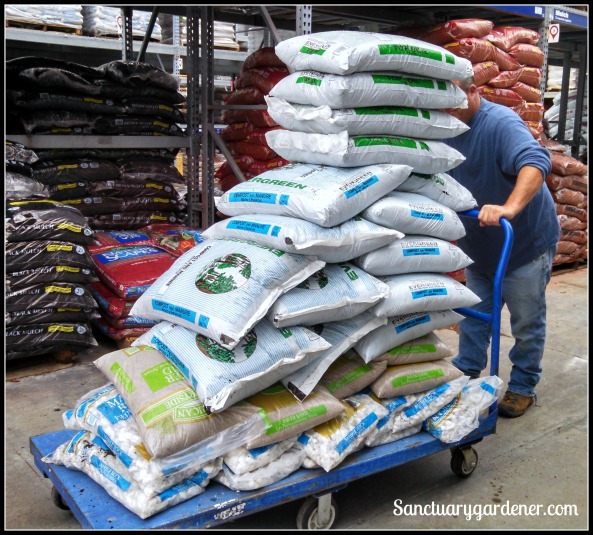 My Garden Wilson pushing a load of rocks, sand, top soil, and compost

Trip #2 – the remainder of the top soil and all the mulch. We had to pull around back to get the mulch off of the pallets and into the trailer. 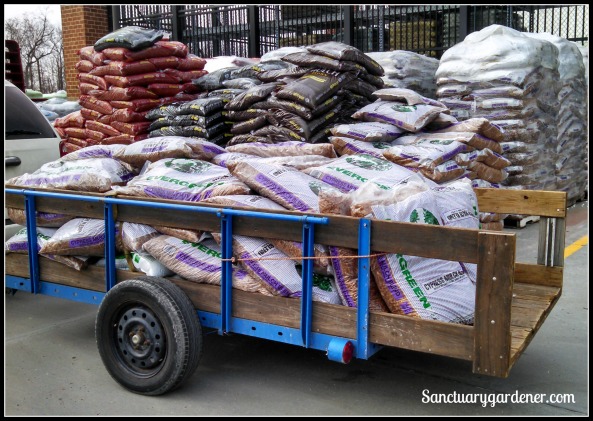 Trailer filled with top soil then lots of mulch

Of course, the trailer had to be unloaded both times. So glad my Garden Wilson is strong (as well as handsome). 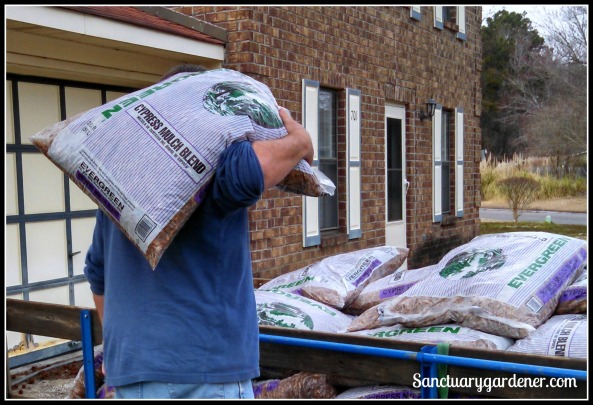 My Garden Wilson unloading the mulch

While at Lowes, I perused the discount flowers and hit the jackpot – yet again. I purchased 18 Dusty Miller plants and 12 yellow pansies for $5! The Dusty Miller will go in my shade garden, so they’ll have to stay in the pots for another couple weeks. The pansies look a little rough, but I’m pretty good at taking what no one wants and loving it back to life. In the fall, I planted purple pansies (also from the discount rack) around my red petunias. The petunias finally died, and I put the yellow pansies in their place on both sides of my front door. With the warmer weather coming and the rain we’re going to get this week, both the yellow and the purple pansies should start perking up. 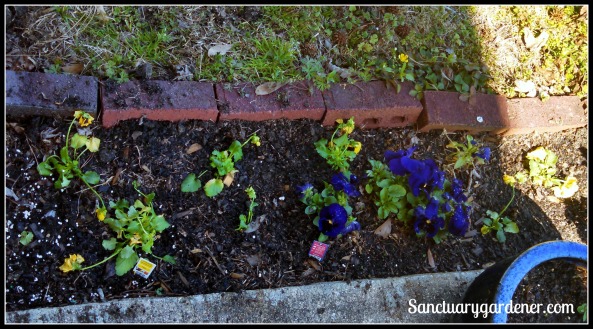 Earlier in the week, my Garden Wilson pruned my raspberries. They should’ve been pruned to the ground after the first hard frost, but I didn’t realize they weren’t everbearing raspberries until last month. Thankfully, I could do a modified pruning on them, cutting them to 2 1/2 feet while still dormant, so he got right on it for me. I won’t have as large a fall crop by doing it this way, but I will get a continual harvest from August to November. (Now I just have to weed them!)

While harvesting my carrots this week, I pulled this funky little character. It reminds me of a plucked chicken sitting on the cutting board. 🙂

It’s getting close to time to harvest everything out in my garden to make room for the spring planting, but I do have three weeks left for that. Meanwhile, this week, I harvested almost 1 1/4 pounds of beets, almost a half pound of beet greens, 1 1/4 pounds of radishes, and 4 1/2 pounds of carrots.

I pulled all of my second planting of purple plum radishes.

I still have a few more early wonder beets and quite a few chioggia beets left in the ground after this harvest. 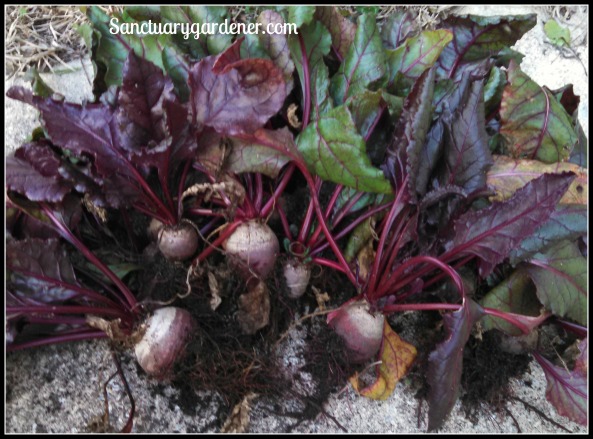 I harvested carrots twice this week. 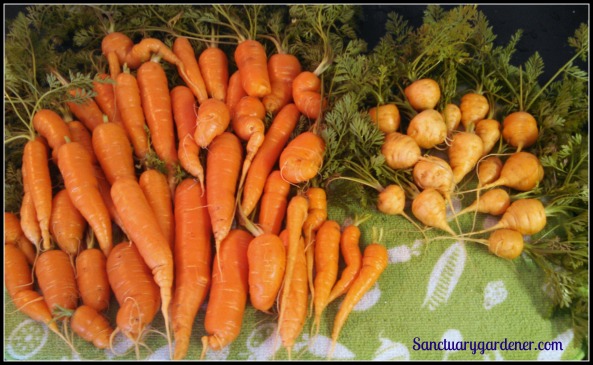 Only two weeks til spring now! I can hardly wait!

How are you preparing for spring?