Considering we’ve already had our first frost, I harvested quite a bit of produce this past week – including a wonderful surprise of raspberries (after I thought the canes were done for the year). My harvests included produce from summer and fall crops, something I just love seeing. I harvested my first key lime, over 5 ounces of raspberries, about a pound of eggplant, a pound of peanuts, a half pound of greens, over 1.5 pounds of beans, 3.5 pounds of peppers, 3/4 pound of radishes, and 10 pounds of pumpkins. Gosh, I love gardening!

All produce is identified from the top, clockwise.

I was surprised to see a handful of peppers on my Filius blue pepper plants. I thought they were kaput, but they’re hanging on.

I picked a few red peppers early (while still green) because it was going to get cold again that night. A couple of them have ripened on my dining room table. I’m hoping the other ones will, too. 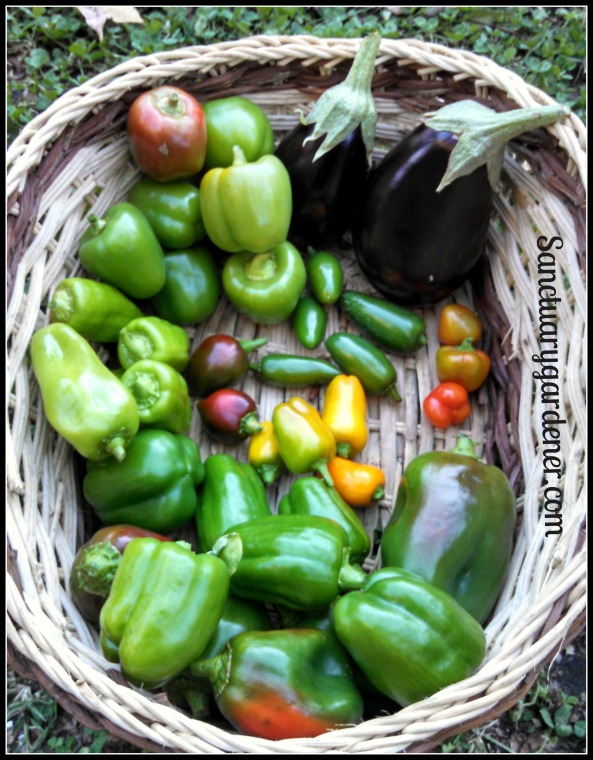 I love harvesting my pumpkins. I can’t wait to try them when I make pumpkin pie for Thanksgiving.

While watering my garden, I noticed a couple of spots of red among my raspberry canes. I thought I might find a couple of raspberries to pop in my mouth while I was doing my gardening chores. Afterall, the harvest was done a couple weeks ago, and we had our first frost. However, I found several canes with raspberries in various stages of maturity, and I harvested this little bin full. What a surprise! I ate these for breakfast for two days. YUMMY!

I harvested about a pound of peanuts from the eight or so plants that grew in my raised bed. It was an experiment, and now I know how to grow peanuts; but I don’t think this was a cost-effective crop to grow in one of my raised beds. Peanuts take up a lot of room to produce well. I did not get the “up to 50 peanuts per plant” by any stretch of the imagination. But, it was fun to grow once. 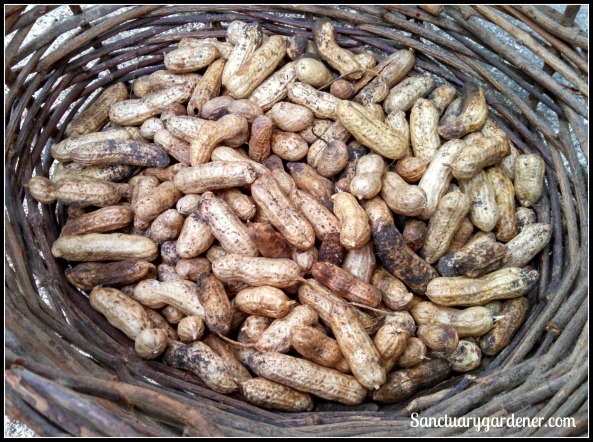 I love being able to harvest greens to make a dinner salad.

I harvested my first fall radishes. And the greens were healthy enough to save to saute later. 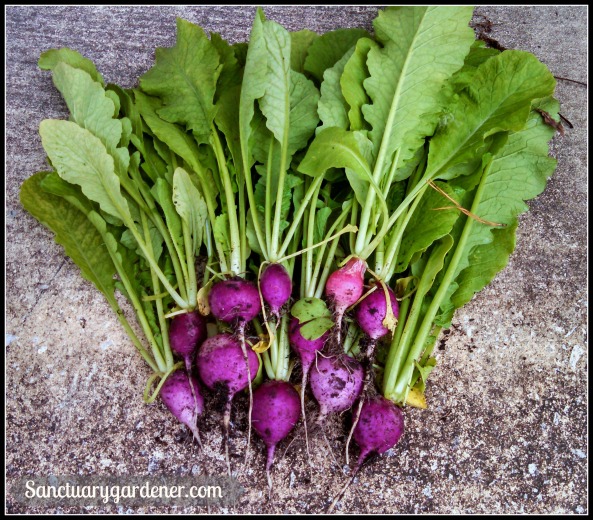 More peppers, a pumpkin, and my first key lime of the year. (My trees spent most of the year trying to get their leaves back.)

What are you harvesting from your garden?