We had a brutal few days in the garden this past week! One day, the heat index reached 110; one weather report claimed it was as high as 120 in some areas around here. All I know is that it was bloody hot, and I stayed inside as much as possible! Because of the heat and my birthday celebration break, I didn’t harvest as much as I normally do. However, I did harvest 19 more ears of Glass Gem corn, a half pound of eggplant, over 7 pounds of squash, almost 7 pounds of peppers, and 3 pounds of tomatoes. (Lots of green tomatoes are on the vine though, creating round 2.)

In the photos, the produce is identified from the top, clockwise. 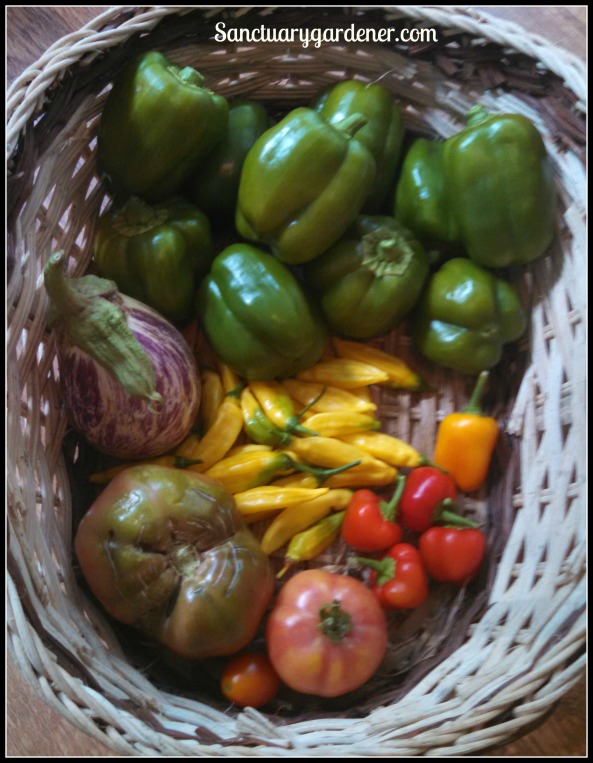 I harvested my first black futsu squash. I was waiting for it to get greyish-black and warty, like the pictures I’ve seen. Instead, mine went from very dark green to turning orange then tannish-orange. Seed catalogs state that they will turn tan when in storage. Maybe the heat here turns them tan on the vine?? Then again, my Seminole pumpkins are growing in the same bed. I thought they might be pumpkins, but they’re more deeply ribbed than the pumpkins I have growing on the end of the vine two beds over. That’s why I think these are the squash. Regardless of what they are, when I saw that the stems were dried, I figured they had to be mature and ripe. And they did taste yummy! 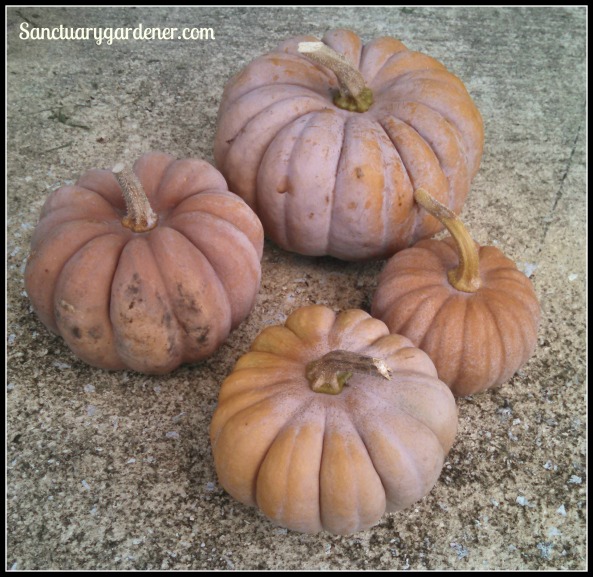 I harvested more Glass Gem corn. I have about half a dozen ears left on my stalks now. (The husks are still green, so I have to wait a little longer to harvest them.)

I love the harvest colors in this basket!

What are you harvesting?